How to Throw a Kids Amazing Race Birthday Party 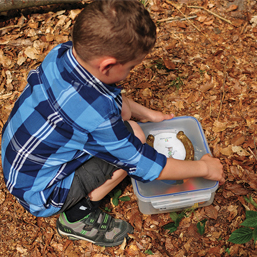 I have always opted for kids’ birthday parties at a trampoline park or wall climbing gym versus doing anything at home, but when my eight-year-old son Alex asked me for an Amazing Race (inspired by the TV show) birthday, I could not refuse his clever request. I’m no Martha Stewart or Pinterest craft junkie, so I had to keep it simple. I created Alex’s Amazing Race logo and paper for detours, road blocks, and route information using canva.com, the design Web app, but used plain envelopes. The only other decorations were printouts of flags for the destination countries and an awesome country flag pennant that I had already purchased from Amazon.

Instead of having the kids pair off into teams (like they do in the TV show), I decided to have all of the challenges be things they could all do individually and at the same time. Even with a team of people: my husband, a friend, and my older son and his buddies, it was hard to keep the kids on task and together (they were second graders, after all).

We had six fun challenges, plus a big finale. Luckily, we had a beautiful day and held all of the challenges outside (I cannot imagine trying to do any of this in the house)!

The finale was a glow in the dark Easter egg hunt. I’ve been doing egg hunts for years and kids love them. There are a few ways to make sure the eggs can be seen at night: you can use glow in the dark eggs; add two-inch glow sticks (available to purchase on Amazon and Oriental Trading Company) to the eggs or use little flashlight rings (also available on Amazon and Oriental Trading Company), which make them really easy to see and a great fun item to get from an egg! We used all of the items mentioned. My older son and his friends hid the eggs at twilight. As a party-favor and handy egg finding tool, we gave the kids inexpensive flashlights, purchased at a party supply store, to seek out their eggs. They were a huge hit!

There are a ton of other challenge ideas on Pinterest - many are much more involved, but the challenges we used were perfect for eight second graders (the food challenges were really fun and easy!).

A couple of things to note: Our party lasted about two-and-a-half hours, which is just about the right amount of time for 11 kids (especially second graders). I would definitely enlist the help of friends, family and/or babysitters to get things ready or to run the challenges. It’s also why I don’t have many photos of the birthday party - our hands and brains were busy keeping the Amazing Racers moving on to their next challenge. If you want kids to eat cake, pizza, or other snacks at the party, incorporate these food items into the destination challenges or have the kids eat before you start the Race. The kids ate pizza prior to starting the Race, and then had the gelato and other treats as part of the challenges.

The kids absolutely loved an Amazing Race birthday party. It’s perfect for wanderlusters and homebodies alike, and now my son feels like he’s prepared to go do the real race!

Lori is a family travel writer who is indoctrinating her nine- and 11-year-old boys into the wonders of exploring the globe. So far, they have visited 11 countries and counting.