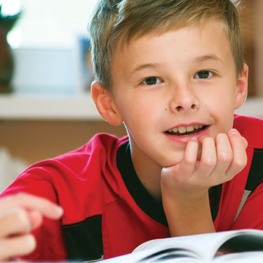 Myths and misconceptions swirl around Waldorf education, an almost-century-old style of schooling born in Germany. Here’s the straight story on Waldorf schools. Parents of Waldorf students know the quizzical expressions and curious inquiries well. “Waldorf? Isn’t that the school without textbooks or computers?” “Do kids just draw and paint all day?” “Can your kids read yet?”

Though far from well-known, Waldorf schooling has been gaining ground for nearly a century. Waldorf education traces its humble beginnings to a 1919 lecture given by Rudolf Steiner for the workers of the Waldorf-Astoria cigarette factory in Stuttgart, Germany. In the talk, Steiner called for a new kind of school to educate Germany’s children. The factory owner Emil Molt agreed, and the world’s first Waldorf School was born. According to the Association of Waldorf Schools of North America (AWSNA), there are now 250 schools in North America and some 900 worldwide.

Based on Steiner’s guiding principles, Waldorf was created as a “free school”: available to all children, open to both boys and girls, and largely free of government interference. Nearly a century later, Waldorf schools are still “free schools”. Today, however, many people misinterpret the word “free,” assuming that Waldorf education is extremely liberal and unstructured – as in no formal lessons, no grades and teachers in flowing tie-dyed caftans.

In fact, Waldorf education is highly structured, says Kim John Payne, M.Ed., the educational consultant who authored Simplicity Parenting and spent 20 years as a Waldorf educator. Waldorf is not child-led, but instead child-centered; Waldorf proponents believe that a classroom should be helmed by an authoritative (not authoritarian) teacher who guides the class, instead of the other way around. Waldorf instructors are warm and caring, but they do not position themselves as students’ equals or friends. “You won’t hear a Waldorf teacher calling a student ‘little buddy,’” notes Payne.

One thing that stands out about Waldorf is its un-randomness, says Payne. “It’s predictable, which helps children feel secure. Each lesson is planned with exquisite attention to developmental appropriateness. Steiner was one of the giants in developmental sensitivity.” That developmental sensitivity is at the heart of another Waldorf mystery: Why do its bright, intelligent students read later than other children? While the pace of reading instruction in traditional education can seem quicker, Waldorf-taught children seem to lag behind, often learning to read around second grade.

It’s true that academics are not emphasized in the early years, but like everything else in Waldorf education, this is intentional, says Patrice Maynard, M.Ed., AWSNA leader for Outreach and Development, and the parent of three Waldorf graduates. The early school years are better spent mastering fundamental sensory skills that support reading, she says.

By intentionally avoiding memorization and reading drills in Kindergarten, Waldorf focuses learning at the right time, says Maynard. “In preschool and Kindergarten, children are learning sensory integration, eye tracking stills and trans-lateral coordination, which builds to a deep, rich comprehension of reading later on.” Waldorf-taught children are often reading deeply in fourth of fifth grade, and have a voracious appetite for reading, she notes.

Another misconception – that Waldorf teachers are less qualified to teach than traditional teachers - stems from the fact that Waldorf instructors often don’t possess traditional teaching degrees or certifications. “It’s best to have a bachelor’s degree at least, but it isn’t necessary to have a teaching licence not for most Waldorf schools,” says Nancy Price, a teacher at the Tamarack Waldorf School. In fact, a traditional educational background might be a hindrance to a Waldorf teacher.

“We find that musicians and artists fit into the mold a little bit better than someone who has come from a very mainstream educational background. If you come from a public school background, you have to forget all of that,” she says. Though many Waldorf teachers don’t hail from traditional teaching backgrounds, they spend years in school perfecting their art. Waldorf teachers earn a certificate in Waldorf Education, and many go on to earn masters and doctoral degrees.

“Teaching at a Waldorf school is incredibly rigorous,” says Payne. To wit, Waldorf teachers don’t read to students from books or teach from turnkey lesson plans. Instead, they fully digest and memorize the material they’re teaching. “The teacher absorbs the story or the material and can speak directly to the students, not looking at a book. It’s very much based around children learning from a human being,” he says.

In the Waldorf model, teachers remain with the same group of students from first grade through middle school, building a rich, one-on-one relationship with each student. The result: children who are comfortable interacting with adults and competent in the adult world. “When you walk into a Waldorf school, one of the first things you notice is how children make eye contact. They look at you as they greet you. They view the adult world as a safe world,” says Payne.

Waldorf draws families from all faith backgrounds, but its reputation as a Christian-infused teaching method might scare some away. Students may study world religions or read Biblical texts during lessons about the Hebrew people, but the Waldorf curriculum is more soulful than spiritual, says former Waldorf parent Melissa Whitlock. Her daughter Daisy attended a Waldorf school from Kindergarten through second grade. “We didn’t choose Waldorf for spiritual reasons. There wasn’t much emphasis on religion. Waldorf taught many different types of beliefs, and I liked that.”

Beyond arts and crafts

Waldorf kindergartens are beautiful spaces: without a speck of plastic to be seen, the room is filled with art, natural materials and simple playthings.

“The whole entire school is imbued with art,” says Price. “We sing every day, we paint every day, we play flutes or recorders, we have movement classes. Our school even has ballroom dancing.”

But Waldorf’s focus on art extends beyond the physical arts, in developing students’ aesthetic sense, Waldorf strives to develop their aesthetic sense for social life.

“It’s an education toward social artistry,” she notes. “We’re striving to help students discover their social work in the world when they finally grow up and graduate.”

Malia is a nationally-published freelance writer and mom. She blogs about health and parenting at www.thewellrestedfamily.com.