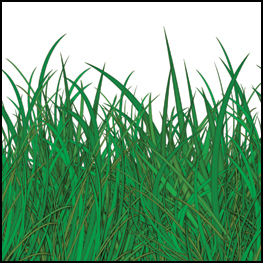 It’s that time of year again. The snow has cleared and your kids are excited to run out and spend some quality time outdoors, but along with green grass and colorful flowers comes runny noses, watery eyes and coughing. While these symptoms may at first glance appear to be a cold, they can also be a sign of seasonal allergies.

Spring air is laden with allergens. In Alberta, birch and poplar tree pollen, grass and even mold are common air contaminants that cause seasonal allergies to flare up. “Mold is a common allergen in early spring when the snow melts, releasing the mold from decaying leaves,” says Fotini Kavadas, Pediatric Clinical Immunologist and Allergist at the Alberta Children’s Hospital.

While you may be tempted to keep your allergic children trapped indoors, Kavadas says this can harm their physical and mental development. “Children with allergies should be assisted in living as normal a life as possible. Telling a child not to go outside at all just because it’s tree pollen season isolates them and doesn’t promote physical activity,” says Kavadas.

Try these measures instead to reduce the impact of seasonal allergens:

Keep pollen out - Keep your windows closed and use air conditioners in your home and car to reduce exposure to pollen and avoid high pollen scenarios, such as walking in a forest or playing with moldy leaves on the ground.

Take care of dust - Dust mites grow like wildfire this time of year, hiding in places where their food (i.e. flakes of human skin) is plentiful. Encase padded furnishings such as mattresses, pillows and cushions in an allergen-proof, zip-up cover and wash linens and blankets every two to three weeks in hot water to kill dust mites.

Stay hydrated - All that sneezing and coughing can leave your child feeling parched. Keep a bottle of water close at hand and encourage your child to keep sipping to avoid becoming dehydrated.

Get a humidifier - Dry air can make breathing more taxing for someone with allergies. While a humidifier can help to moisten the air, humidity over 40 per cent can encourage the growth of indoor allergens, such as mold and dust mites.
Care for tender noses - Look for soft tissues with lotion or aloe. A dab of petroleum jelly can also help soothe a sore, red nose.

Over-the-counter medication - While an antihistamine can help your child to carry on with their normal outdoor activities, Kavadas warns against sedatives, such as Benadryl. “It seems like this is a staple in every parent’s drug cabinet and in my mind, it should be the first thing to throw out,” says Kavadas. While Benadryl is an effective short-term sedative, it can have serious side effects on children, including poor school performance and playground accidents. If medical relief is required to deal with allergy symptoms, consider a non-sedating, long-acting antihistamine, such as Aerius or Claritin. Both are available over the counter and in liquid form for children.

Avoid unnecessary shots - “Allergy shots are not commonly done in children unless all medical therapies have been tried and are ineffective,” says Kavadas. While allergy shots can decrease the severity of the allergy, there is a risk the shot itself may provoke an allergic reaction.

Is it a cold or allergies?

Repetitive sneezing, a runny or sniffly nose and itchy or puffy eyes may appear to be a common cold. If these symptoms last for more than a week, it’s likely allergies that are to blame. A common cold typically lasts for five to seven days. “Colds may also have other symptoms, like fever and aching muscles that wouldn’t be present in allergic children,” says Kavadas.


Lisa is a health and fitness freelance writer.