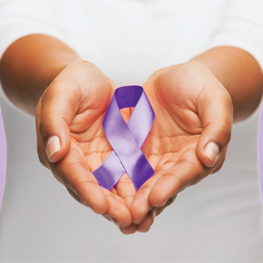 When we hear statistics about domestic and partner violence, most people swear they’d never allow a romantic partner to mistreat them. Yet many teens and adults find themselves caught in an endless cycle of abuse that worsens over time. It then becomes extremely difficult to break free. For too many, it also becomes life-threatening. The problem is that most abusive relationships don’t start out that way, which is how even very independent people can find themselves at the mercy of an abusive partner. Abuse can exist in romantic relationships of all kinds and between many different types of people. What are the early signs to look for, what constitutes abuse, and when and how do you walk away from an abusive or potentially dangerous relationship?

In nearly all abusive relationships there are early warning signs. Some signs are more visible, while many fly just below the radar. That’s one reason so many people end up in abusive relationships. So pay close attention from the very start, and watch for the following red flags.

Partners who are abusive are often very charming. They’ll quickly seduce you by lavishing you with praise and adoration from the outset. They may even profess their love for you very early on. With all the positive attention and affection, you’ll feel on top of the world - and that’s the abuser’s game. They will build you up and hook you before they throw the first punch (figuratively and literally). Once you’re wrapped around their finger and can’t easily leave, the abuse usually begins.

Abusers also want to isolate you to increase your dependence on them. They'll find fault with all your family and friends and reasons why you shouldn't be spending time with your support network. These partners tend to be clingy, leaving you little freedom to maintain relationships with others. As you lose your network of support, you become increasingly dependent on your abuser.

Often, abusers are narcissistic and feel they’re superior to others. They may covertly insinuate they’re superior to you; that is, if they don’t say it outright. In the beginning, though, it may be more evident in the way they treat others. Abusers often belittle people and are commonly particularly rude to or critical of people in customer service, even when it makes an uncomfortable scene.

Once an abuser is confident you’re hooked, they may run hot and cold in a flash. If you do or say anything that doesn’t please them, they’ll freeze you out. Then, as soon as you come around to their side, you’ll once again be the best thing that ever happened to them.

Another red flag is if your partner monitors every aspect of your life. It’s true. In a good relationship, you should be open and honest with each other and not keep secrets. Still, if your partner often badgers you with questions about where you’ve been, what you’ve done, and who you’ve seen, take this as a big warning sign. Do they insist on reading all of your text messages, emails, or social media messaging? If so, that’s a huge red flag.

If they lack empathy for you or others, this is an enormous tell-tale sign to run the other way. Narcissists are the most dangerous type of people to be involved with from an emotional standpoint; not to mention, they’re often capable of domestic violence.

Picking fights is another red flag. If the arguments seem to be for no rhyme or reason, odds are your abuser is testing you. Abusers don’t necessarily go from being the best partner or spouse to batterer overnight. They often begin with small fights and more covert behaviors or minor acts of aggression and gradually intensify to bigger feuds and more severe actions.

As soon as you see any of these red flags, and especially if you’ve seen more than one or multiple instances of a particular warning sign, it’s time to split. Because of abusers’ uncanny ability to manipulate, it isn’t worth the risk to wait around and see if more red flags pop up. By then, you’ll likely be in way over your head.

Signs of an abusive relationship

So what if you missed the early warning signs and you’re now thoroughly enmeshed? What are the signs of an abusive relationship?

Understanding what’s healthy versus unhealthy behavior during a disagreement is a good starting point to determine whether you’re in an abusive relationship. Conflicts inevitably happen in all relationships, even in those that are healthy. Still, there are healthy and unhealthy ways to argue.

Name-calling, yelling, fault-finding, pushing your buttons, threatening, destroying your property, or acting violently toward you are all unhealthy and a form of abuse. If your spouse or partner behaves in any of these ways during an argument, it’s indicative of an abusive relationship.

When an abuser acts violently toward you, whether they merely shove you or does something more severe such as hits you, there’s no question, it’s abuse. Such actions show they lack control of their behavior, doesn’t respect you, or both. Whatever the case, once the first blow is struck, it’s sure to get worse.

But there are also many other indicators of an abusive relationship. Emotional and verbal abuse can be equally destructive and are often a precursor to physical violence. Perhaps you’re with a person who’s emotionally or verbally abusive. If they call you names that are demeaning or hurt your feelings, that’s verbal abuse. Yelling and screaming at you or threatening you are also forms of verbal abuse.

For example, your partner may use various means to manipulate you or make you feel guilty so they can get their way.

They might say something hurtful but then claim they were joking. Of course, joking around isn’t always abuse. If it doesn’t bother you or if your partner stops and apologizes once you bring it to their attention, it likely isn’t abuse. But if they continue to joke at your expense despite knowing how you feel, then it’s abuse.

There are numerous ways emotional abuse can occur. If your partner tries to control you, belittles you, discounts you, continually opposes you, or often denies something they said, these are all forms of abuse.

Consequences of remaining in an abusive or violent relationship

There are many negative consequences of being in an abusive relationship, regardless of the form of abuse. First, victims of abuse often experience the loss of relationships with family and friends and become isolated. Abusive relationships also break down a person’s sense of autonomy and self-esteem. Because abusers often tell their partners that they’re “crazy,” abused people often lose their ability to trust their judgment and perception of reality.

Of course, there’s also the physical abuse that may occur. When it does, the frequency and severity worsen over time. Ultimately, many victims become emotionally trapped in a physically abusive relationship or come to fear the violent repercussions that will result if they leave. Victims then spend years enduring terror and violence, which sometimes turns deadly.

How to get out and where to go for help

Prevention is the first step. Pay attention to early warning signs, and don’t brush them off. As soon as a red flag pops up, take the nearest exit and don’t look back. Don’t give this type of person the opportunity to explain themselves. Destructive and abusive partners are good at rationalizing their behavior and gaining sympathy. They’ll try to woo you into giving them another chance. Cut off all ties and remember, you don’t owe them anything. Instead, you owe it to yourself to protect yourself from harm.

But what if you’re already in an abusive relationship and don’t know how to get out?

First, talk to family and friends and ask for their help and support. But realize, abuse victims often flip-flop and then try to rationalize the ill behavior of their abuser. If you do, concerned family and friends will try to set you straight. Keep in mind that as bystanders, they may be in a better position to judge the seriousness of the situation because they aren’t emotionally attached to the abuser. If family and friends tell you it’s in your best interest to leave, trust their judgment.

In most communities, there are shelters for battered spouses that provide food and shelter as well as assistance finding work, affordable housing, and affordable childcare. Call the business line of your local police department, explain your situation, and ask for assistance. They should be able to put you in touch with a local domestic violence organization. Police can also come to your home and stand guard while you get your personal belongings out.

Also, you can contact the National Domestic Violence hotline at 1-800-799-7233 (SAFE), and they should be able to direct you to help in your area.

If your situation is an emergency, call 911.

Kimberly is a freelance writer and the author of a children’s STEM book, Horoscopes: Reality or Trickery? containing fun experiments to help kids understand the scientific method and develop critical-thinking skills. 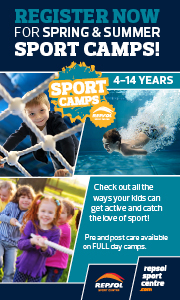 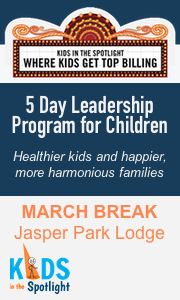 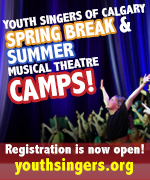