How to 'Be a Good Witness'

The police can't be everywhere, all of the time. Calgarians are the eyes and ears police rely on - and it is important we all work together to prevent crime and keep our communities safe. 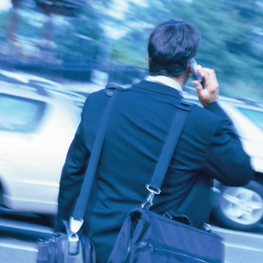 We are fortunate that many Calgarians report suspicious behavior or criminal activity; however, we also know that many crimes go unreported.

By reporting suspicious activity, you may prevent future crimes and help protect others from becoming a victim. When people in the community look out for each other, their neighborhoods become stronger and safer for our families.

In 2011, The Calgary Police Service launched the ‘Be a Good Witness’ campaign with the Alberta Motor Association. The aim of the campaign is to raise awareness of what information police are looking for from witnesses, how to report a crime or information that may be related to a crime and to encourage citizens to report suspicious behavior.

In a recent Calgary Police Commission report, 43 per cent of people surveyed who had been a victim of crime said they did not report it to police. The most common reason given for not reporting was because they “didn’t want to bother police.”

Never underestimate the power of your information and never feel as though you are bothering the police by reporting something. Something as simple as reporting a suspicious person running down the street, or part of the licence plate of a vehicle, could be the missing piece needed to solve or prevent a crime.

We don't want to scare our children; however, if you feel they are at the appropriate age, it might be worth considering talking to them about reporting any suspicious activity in your neighborhood.

To learn more about what to look for, and to test your observation and recall skills in an online game, go to www.calgarypolice.ca and click on ‘Community Services.’ To play the Be a good witness game online, visit www.calgarypolice.ca/goodwitness.html.


Rick Hanson is the Chief of Police for the Calgary Police Service.