Did '90s Parents Have it Easy? 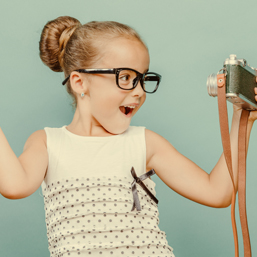 Was it easier to parent in the ‘90s than it is now? Well, for starters, we could buy a house without selling our firstborns. We communicated over the back fence and at the park while keeping a watchful eye on our kids. ‘Mobile phones’ were just landline phones attached to the wall with ridiculously long, curly cords - if you could talk and reach the stove to prepare dinner at the same time, life was good!

Our definition of what it meant to be a ‘good parent’ was evolving. The Attachment Parenting movement in Calgary was in its infancy. Many new parents gravitated to a more communicative, collaborative, and gentle parenting style than the often authoritarian and punitive style of our parents. Building self-esteem and confidence in our kids was very important to us. Typically, we fell into one of two camps - stay-at-home or working moms. Parenting debates of the day often centered around conflict between the two; stay-at-home moms felt burdened by the pressures of full-time childcare and community responsibilities, while working moms hated missing out on important milestones and felt that staying at home was an unachievable privilege. Dads were conspicuously absent from these debates; the idea of a stay-at-home Dad was still so unusual that it wouldn’t have occurred to most families to discuss the possibility. Working from home was virtually unheard of, as most people in the early- and mid-90s had no internet at home. Parents struggled to have the best of both worlds by creating those opportunities, when possible, as the ‘90s marched on, but I’m not sure any of the underlying issues have really been resolved.

We were on the front line of the earliest technological advances that would evolve to change almost everything in our day-to-day lives. How we communicated with each other and gathered, processed, and shared information changed fundamentally in less than a decade. Computers were cautiously introduced at home, and therefore to our kids; they adapted and embraced the technology so fast that many of us felt left behind. The world had been opened up to us in a way we could never have predicted. By the end of the decade and the beginning of the ‘00s, we could reach our kids no matter where they were, order dinner, and buy movie tickets with the click of a mouse. Despite the advances, we had lost something, too - a sense of trust in the world around us. Parents spent sleepless nights watching television specials about online predators lurking in chat rooms, the dangers of violent video games and pornography and hackers stealing our personal information. The internet seemed to have brought all the world’s problems to our homes along with the many benefits it offered.

We worried a lot back then. I don’t think that will ever change; it comes with the territory. Unsolicited advice didn’t come as often then as it does now. Usually, a few gems were shared at family get-togethers, but we could usually dodge most well-meaning (or not) opinions. Today, a casual comment or photo shared online can open the floodgates to a myriad of anonymous scorn - then, the worst you might get was a cruel comment in line at the grocery store or between parents at the playground.

Bullying was a huge issue. Believe it or not, some of us still believed that bullying was a right of passage and was vital to ‘toughening up’ sensitive children - especially boys. My own kids struggled with teachers who still felt that bullying was an understandable reaction to kids who were a little different from their peers. Forward-thinking parents endeavoured to give our kids the tools they needed to protect the self-esteem we worked so hard to build. Today, bullying continues to be prevalent and it has, unfortunately, evolved in new and terrifying ways. We now look not only to protect the bullied in our own communities, but many of us are petitioning social media platforms to do more to protect our kids. Rather than demonize bullies, we now recognize that antisocial behaviors are a result of many social and economic factors and strive to understand, empathize with, and help the bully.

How we spend our leisure time has certainly changed! So many hours were spent wandering up and down video store aisles arguing about whose turn it was to pick the movie for a night in front of the VCR. Indoor playgrounds were just beginning to pop up throughout the city, and the variety and scope of extracurricular classes, programs, and camps was expanding and improving. As the years went by, even birthday parties evolved! Handwritten invitations were being replaced with stylized invites printed from home computers. Simple at-home parties and the once-ubiquitous parties at fast-food restaurants didn’t feel good enough anymore; hired entertainers and specialized venues suddenly became essential.

Vacations were typically spent a bit closer to home unless you were very wealthy. Camping in the mountains, staying with family or heading for Vancouver Island are familiar summer vacation memories for many ‘90s kids raised in the city. Travel has become so much more accessible over the years, and many of today’s parents prioritize experiences over amassing possessions - parents are much more confident in exposing their kids to different ways of life and different cultures than we were 20 years ago.

Almost everybody had a few sets of hand-me-down clothes, and thrifty parents made as much use of consignment stores as they could. (Speaking of clothes, I’ll just take a moment to apologize to my kids for the neon geometric patterns on everything - enough said.) As clothing and toys dropped in price toward the end of the '90s, many of us went into buying overdrive - wealthier families often had rooms full of clothing and toys which were barely used and quickly discarded. Today, we’re beginning to understand that nothing is more important than protecting our precious natural resources by reducing, reusing, and repurposing. Consignment, thrift and hand-me-downs are back in vogue. Thank goodness!

Thankfully, our palates have developed, too. Daily PB&J sandwiches on white bread, hot dogs, and Kraft Dinner have been replaced with a more balanced diet as we grow in our understanding about childhood nutrition. We really believed that kids wouldn’t and couldn’t eat anything with too much flavor! Our idea of an ‘exotic’ dinner was ginger beef with fried rice and wonton soup. Our richly diverse population has fundamentally changed what we cook at home and crave for a night out on the town.

So, were the ‘90s a simpler, easier time? I’m not sure. They were different. I think we’d all benefit from slowing down a little and worrying less about what people we’ve never met think about how we choose to live our lives. I believe that everyone could use a day off from social media every week or two. At the same time, I love how technology melts away the miles that separate us from our loved ones, and I’m still pretty amazed at how easy it is to get literally anything delivered right to your front door. I enjoy and appreciate the huge variety of resources, support, and family programs we have available to us now; but, to be honest, I wouldn’t mind bickering up and down the aisles of a Blockbuster video store with the kids again. That was a problem that felt easy to solve.