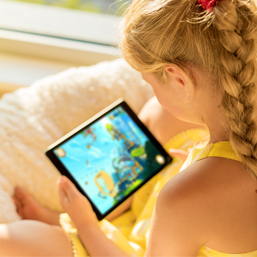 When I rustled up an old-school iPod touch for my son last summer, I started finding him podcasts to listen to and for my family to listen to in the van together. Given the current circumstances, we aren’t driving around much anymore, but when we do, we’ve been laughing and learning along the way. (Our primary destination is driving our foster cats to and from the vet, so about an hour round trip; in other words, about two podcast episodes!)

1. The Alien Adventures of Finn Caspian. I have not heard a single episode of this podcast, but Cub is such a huge fan! Last summer, when he first got into podcasts, he spent hours catching up on the episodes while I entertained his younger siblings on the deck. He would be rolling on the couch with laughter and then singing little ditties from the show around the house. Once he caught up to the most recent season, he would anxiously check back to see if a new episode had been uploaded.

During quarantine, there haven’t been many new episodes, but if you’re listening to a current episode, there are always calls for interaction. Listeners can send in audio clips, videos, or drawings. We’ve sent in all three. One night there was, I guess, a cliffhanger ending, and kids were supposed to submit what they thought should happen. Cub burst into my room insisting I record him and immediately email his submission. We’ve never heard back, but I love how this show inspires his creativity.

Start with the first episode.

2. Brains On! Science Podcast for Kids. “Ba-ba-ba-ba-ba-ba-ba-ba-ba brains on!” That catchy little jingle gets stuck in my head every time. From American Public Media, Brains On! is hosted by Molly Bloom, who is joined every week by a different kid co-host. Each episode tackles an interesting topic with the help of a scientist or two. I’ve learned a lot from Brains On! Like, did you know that only male narwhal whales have a tusk?!

Each episode features a mystery sound: a fan sends in a recording of a sound from their lives and then the kid co-host and the listeners have to try and guess what the sound is. My favorite episode: Joy Overload! The Science of Tickles and Cuteness. (This episode helped us understand why we react to cute things by saying we want to eat them, and why we cannot tickle ourselves!)

3. But Why: A Podcast for Curious Kids. I think I echo a lot of parents when I say it’s my children’s curiosity about the world that has reawakened my own. Kids ask such great questions; I almost never know the precise answers. (Why is the sky blue?! I don’t know, but there’s an episode that answers that question that we should listen to.)

Before we listen to an episode of But Why, my son and I will propose our own answers and theories to see which one of us is closer. Each episode is inspired by kids’ questions, and we love listening to the recordings of kids’ voices and where in the world they are calling from. Topics range from the very big (racism and the Black Lives Matter movement) to silly ones like “Are llamas ticklish?” (I don’t know yet, we haven’t listened!)

The most important podcast episode we’ve listened to thus far is But Why’s live discussion about race and racism.

The topics up for debate on Smash Boom Best are not so devastatingly difficult. They pit snakes versus spiders, lava versus quicksand, and books versus movies. Each episode follows the same structure: two guests debate the merits of their assigned topic using lots of humor but also lots of facts! A kid judge decides who wins each round and then announces the debate winner at the end. As we listen, it’s fun to discuss who we think has given the best argument and if they’ve changed our minds. We had strong opinions about the cats versus dogs debate. (We are cat people!)

5. Story Pirates. What kid doesn’t want to see their imagination brought to life? If your kids have watched “Julie’s Greenroom” on Netflix (my daughter went through a phase while we were all afflicted by hand-foot-and-mouth in which she watched the entire season multiple times over, back to back), then they’ll have seen the Story Pirates in action in one episode. The Story Pirates essentially make a radio play out of story ideas submitted by kids. They also invent catchy songs and have celebrity guests.

It’s been a while since we’ve listened to this one because we’ve been on a non-fiction kick. But I just noticed Dax Shepard appears in an episode from last year, so that one’s added to the queue.

6. Forever Ago. By the same folks behind Brains On, Forever Ago tackles the origin of one thing, and the one thing that got us into this show was video games. The best way to get my son to learn about history is to talk about it in terms of video games! (I think my son will grow up to become a video game historian. He loves a good origin story, fact or fiction.)

Forever Ago only has eight episodes, so another history-inspired one we will check out soon is called The Past and the Curious (great name!).

7. The Big Fib. My husband loves to tease my kids with fibs... so much so that my son listed my husband’s one weak point as a father as ‘he lies a lot’ on a Father’s Day survey. There’s an ongoing tale my husband has woven about how my kids’ real father is a space alien (inspired by Guardians of the Galaxy) and it drives my son bonkers!

The Big Fib has two experts on to talk about a subject like archery or animé, but one of the experts is a fake! It’s like the game 'Two Truths and a Lie' and the kid co-host has to guess which of the experts is the liar. We listened to three episodes and honestly, it was challenging even for me to spot the liar, and I have never been 100 percent certain of my guess.

Lindsay is the creator of Maman Loup’s Den, mamanloupsden.com, an incredible local resource for parents interested in eco-parenting, francophone resources, and parenting advice for families with multiples.