The When, Why & How of Parenting Teens 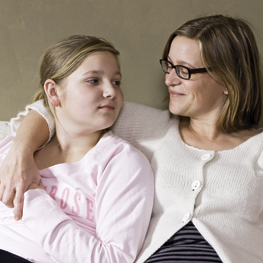 When something about your teenager is bothering you, stop and think for a moment before doing anything. Remember that adolescents take very unkindly to unnecessary intrusions into their business. Shooting from the hip can cause a lot of trouble.

You need to ask yourself two questions:

1. Does this problem really need my attention or intervention?
2. If it does, how involved should I try to get?

There are basically four roles a parent of a teen can consider when responding to a problem. These roles vary, of course, in their level of intrusiveness. From least intrusive to most invasive, they are: 1. Observer; 2. Advisor; 3. Negotiator; 4: Director.

As an Observer, you stay out of the trouble and merely watch what happens. This is an appropriate role, for example, for the Minor-But-Aggravating (MBA) types of problems, as well as other issues, which you want to let the teen handle themselves. MBAs can include the teen’s use of the phone, a messy room, musical preferences and sometimes not wanting to eat dinner with the family. Observing, of course, does not prevent you from being a good listener. With some minor problems, you may sometimes need to get involved if the situation gets worse.

As an Advisor, you express your opinion to your child, but not more than once (which is known as nagging!), and you are ready to accept the possibility that the teen may not take your advice. Perhaps you have some words of wisdom about study habits or your daughter’s treatment of her boyfriend or your son’s outfit when he’s leaving for work. Don’t open your mouth, though, unless you think your idea’s pretty good and you’re sure you haven’t shared it before.

If you choose to be a Negotiator, you are going to sit down, talk the problem over and try to come to some resolution. Negotiating is more and more appropriate as your kids get older. And remember one cardinal rule: Rarely can you successfully negotiate with a teen right on the spot. Bringing up a problem on the spur of the moment is a great idea only if you want to start a fight! What do you do instead? You make an appointment. That’s right. Sound too business-like or shrink-like? Too bad. Make an appointment or start a war.

Finally, if you take on the role of Director, you are going to impose a solution – whether the teenager likes it or not - when you feel a problem is serious and your adolescent is not handling it well. Perhaps your 15-year-old daughter is smoking in her bedroom or your son’s grades have all just dropped significantly or someone is not respecting his or her curfew. Even though the kids are older, there may still be times when a parent has to put their foot down.

How do you decide which role to take?

Let’s assume that you are in reasonably good emotional shape (if you’re not, you’d better not deal with a troublesome teen). After that consideration is taken care of, several others should be kept in mind.

1. All in all, how well is your child functioning? In general, the better your child is doing, the less you need to be involved, and the more you can stay with Observer or Advisor roles. As the kids get older, they should also be growing more independent and competent, so you will treat a 17-year-old much differently on some issues than a 13-year-old. Kids who are having a lot of trouble, however, will usually need more involvement. This does not mean, however, large, regular doses of the Four Cardinal Sins: Arguing, Lecturing, Nagging and Spur-of-the-Moment Problem Discussions!

2. How good is your relationship? If you get along well with your teenager, any kind of intervention is easier. The child will accept advice from you more easily, and it is also easier to talk things over when negotiation is necessary. You won’t need to take charge as much. A bad relationship, however, may mean you have to be a Director more often; negotiating and advice may become almost ridiculous or impossible. If your rapport with the teen is really bad, make sure you don’t open your mouth unless you have a very good reason.

3. How serious is the problem? With less serious difficulties, you should be sticking more with the less intrusive alternatives. Keep in mind that your level of aggravation about a problem is not always the measure of the real seriousness of the problem. Examples? Six earrings on only one ear, jeans with holes, messy rooms, sibling rivalry, occasionally eating junk food and other MBAs. On the other hand, eating disorders, anxiety, depression, ADD and conduct disorder are serious, and these problems justify concern as well as more parental intervention.

In trying to decide what role to play, therefore, your general philosophy should be to stay out of the kid’s problems unless it is necessary for you to get involved. The teens are at the point in their lives where they are supposed to be handling things more and more on their own, and inappropriate attempts at direction from you can cause useless irritation and conflict.

Some people refer to this issue as “problem ownership.” Whose problem is it, really, and do you absolutely have to make it yours? If you have a teen who’s generally doing well academically, for example, but who is currently getting an F in one subject because he hates the teacher for some weird reason, perhaps you can legitimately stay out of it. Or you have an average child who is dragging their feet in looking for a job, or wearing some kind of weird T-shirt to school. Maybe your ‘help’ isn’t needed and you can let the big, bad world instruct your youngster.

A lot of trouble can occur when a parent decides to take one role and their child assumes that another role would be more appropriate. 16-year-old Michelle, for example, plans to go on a double date on Saturday night. She and a girlfriend and two guys will go from a suburb to the city on the train to hear a concert in the evening. The four kids will return together afterward on a train that departs from the big city at 11:30pm. In the middle of the week, however, the plans change. It turns out that neither of the guys can go. Michelle informs her father that she and her girlfriend will go alone. Dad says, “No way,” and a royal argument ensues.

Part of the problem here is the role each of the combatants thinks dad should take. Michelle thinks dad should be only an Observer – or at most, an Advisor. Dad, on the other hand, thinks he should be a Director, if necessary. A lot of arguments take place when this unspoken difference of opinion occurs. These ‘discussions’ are very confusing because two things - the actual problem and the parental role – are being talked about at the same time.

What to do? If you’re the parent, make up your mind what role is correct in the first place and then stick with it. Tell your teen what role you are going to take. If you have chosen a less intrusive role, such as Advisor or Observer, stay with it even if you get anxious or angry.
Your son, for example, is a junior in high school. He has just purchased a CD that consists of some of the most repulsive rap ‘music’ you have ever heard. You decide, however, to shut your mouth and merely be an Observer. (Actually, you don’t even want to listen to the stuff.) One night, though, you and he start discussing his musical preferences. You express the opinion that his CD choices bear no resemblance to music and that they are also obscene. He says your music is sappy and has no real social message. One thing leads to another and you forbid him to play his junk in your house anymore. This is a mistake. Anger has pushed you from Observer to an inappropriate Director role.

By the way, who was right in our other example: Michelle or dad? The answer is dad. His choosing the Director role was what he should have done. Two 16-year-old girls are not going downtown to the big city and back by themselves on a Saturday night.


Adapted from Surviving Your Adolescents: How to Manage & Let Go Of Your 13 - 18 Year Olds, Third Edition by Thomas W. Phelan, Ph.D. (available both as a book and an audiobook). Nationally-recognized as an expert on child discipline and Attention Deficit Disorder, Dr. Phelan has practiced for over 25 years, and he appears frequently on radio and TV. Over 1,300,000 copies of 1-2-3 Magic: Effective Discipline for Children 2 - 12 books, videos and audiobooks have been sold (Spanish versions are also available). Visit your local bookstore for Surviving Your Adolescents, 1-2-3 Magic or any of Dr. Phelan’s other books or visit www.123magic.com.