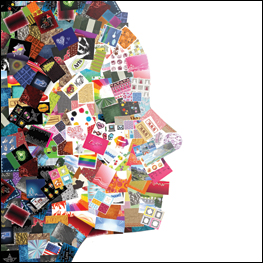 Fuming with anger, sick with worry or just plain bewildered? You’re probably living with a thrill-seeking, risk-embracing teenager, simultaneously capable of precocious wisdom and incredibly foolish choices. Though teen transgressions like driving too fast, skipping curfew or choosing delinquent pals may seem like personal affronts, this behavior may have very little to do with you at all, says Temple University psychology professor and researcher Laurence Steinberg, Ph.D. According to Steinberg, teens act differently because their brains are, in fact, different.

Teens don’t act recklessly to test your parental patience or put themselves in harm’s way, says Steinberg. Instead, they are hard-wired to make immature choices, courtesy of their unique, still-developing brain. New research is illuminating the previously mysterious, misunderstood teenage brain and helping parents and educators determine how best to reach their teens – and how to keep them safe.

Old beliefs about the teenage brain stemmed from the fact that brain growth grinds to a halt after puberty: the brain reaches 90 per cent of its adult mass by age six and is full-sized by age 12. Few neurons are added as it grows – children’s brains reach peak neuron capacity in utero, and begin losing, or “pruning,” neurons before birth. Based on these basic facts about the brain’s size, scientists theorized that most cerebral development is completed in early childhood.

But the development of Magnetic Resonance Imaging (MRI) in recent decades opened a new window into the adolescent brain. Research and MRI scans conducted by Jay Giedd, M.D., chief of the Unit on Brain Imaging in the Child Psychiatry Branch at the National Institutes of Mental Health, among others, showed that the adolescent brain is still very much under construction. Instead of adding new neurons, though, adolescent brains are busy building and strengthening the pathways between nerve cells; according to Giedd, this ongoing process results in a more efficient brain.

It does not, however, result in a more mature, adult-like brain. Steinberg’s research shows that teens are more likely to make risky decisions than adults, because the growth of their socio-emotional brain system outpaces the growth of cognitive controls that serve to regulate emotions and behavior. In other words, teenagers are developing more efficient thinking, without the inhibitory controls of the adult brain. These changes continue into young adulthood, probably finishing up between age 22 and 25, says Steinberg.

All this may be bad news for today’s frustrated parents. But the unique structure of a teenage brain probably serves an evolutionary function, says Steinberg: teens’ penchant for risk-taking makes them more independent, which was likely a critical adaptation for reproduction. “All mammals go through puberty, leave their natal environment and venture out into the wild, which is a very risky behavior,” he notes.

Given the differences between the brains of teens and those of their parents, it’s not hard to understand the parent-teen conflicts that rage during adolescence. “Communication has been found to be the best way to improve teen’s behavior, and yet communicating with someone who does not want to communicate with you is a challenge,” notes Sheryl Feinstein, Ph.D., chair of the education department at Augustana College and author of Inside the Teenage Brain: Parenting a Work in Progress.

Parents, with their adult brains, tend to approach communication and discipline logically, says Feinstein. The problem is that teens haven’t yet developed this type of logical thinking; instead, they view the world through a more emotional lens. “You can see how difficult it is for parents when we approach a problem with logic and reasonable thinking, while teens approach the problem with fury and negative thinking,” says Feinstein. This can lead to screaming, door-slamming and “a true test of a parent’s patience and tolerance,” she says. But once parents understand that teens have unique brains and can’t be expected to think like adults, teen behavior becomes (somewhat) easier to tolerate. “Parents need to communicate with teens on their terms. Mandating severe punishments almost always results in rebellion,” she says.

With limited cognitive controls and immature communication abilities, teens can run into danger in risky situations – scenarios they intentionally seek out, says Ronald E. Dahl, M.D., professor in the School of Public Health at UC Berkeley. According to Dahl, when puberty floods the brain’s limbic system with sex hormones estrogen and testosterone, teenagers are driven to seek out “intense experiences”, flocking to intense horror movies, dizzying carnival rides and graphic video games.

This taste for thrills can also lead to run-ins with the law, says Steinberg, particularly when teens are with their peers. In recent research published in Developmental Science and Journal of Adolescence, he found that in the presence of peers, teens are more likely to make risky decisions and choose more immediate rewards – effects not seen in adults. Simply put, thrusting a teenager plus a peer or two into a risky or volatile situation can lead to poor choices and even worse outcomes with lasting consequences, from marred legal records to disability and death.

The good news: in a few years, your teen’s brain will settle down and they’ll think more like you. Communication combat will cease, and risky thrills will lose their allure. In the meantime, try to enjoy the ride.

Communicating with a teenage brain

Get through to your teenager with clear limits, empathetic communication and brief, direct messaging.

1. Don’t bend the law. Restrictions for teens like citywide curfews or rules about driving with passengers are backed by science and exist for teens’ safety – insist that teens follow them.

2. To the point. Teenagers view exchanges more emotionally than parents. To keep tempers from boiling over during a heated discussion, express your viewpoint in 25 words or less, then declare a cool-down break.

4. Negotiate. Teenagers are still learning the give-and-take of adult social interaction. Giving them the chance to negotiate about rules, curfews and limits builds this critical skill set.


Malia is a nationally-published journalist specializing in health and parenting.